Uber, please don't pretend hiding the surge is for our benefit

Uber has done away with displaying the multiplier that determines surge. With the enormous backlash that Uber received from its customers and the government with regard to its practice of surge pricing, it has decided to put in place a different mechanism for charging peak hour pricing.
Previously, Uber used to indicate surge pricing to its customers through the dreaded lightning bolt with a number alongside it. This was meant to convey that demand for its cab services were greater than the supply at the moment and thus, it was charging a certain multiplier of the regular price: such as 1.5x or 2x. The surge was a constant source of dissatisfaction among consumers and caught the eye of many regulators as well.

In India, a few state governments decided to take regulatory action against the practice of surge pricing. Delhi banned surge pricing altogether, while the Karnataka government decided to limit the surge factor to 2.7x. It was rumoured that other states would follow suit, most notable among them is Maharashtra.
In order to change this perception of consumers, Uber has now done away with displaying the multiplier. Instead, it now displays the expected fare upfront and indicates that the prices maybe higher than usual due to heavy demand.
Uber has rolled out this new policy in a few cities in the US and in India. Uber claims that the new system is transparent and is part of their “no surprises” approach. This is also meant to give customers a better understanding of how much they are going to pay right up front and removes the need for doing complicated mathematics, while booking a cab. Upfront fares are calculated by estimating the distance and time taken, taking into account the local traffic conditions. This requires the passenger to enter their destination compulsorily before booking a cab.
“When fares go up due to increased demand, instead of surge lightning bolts and pop-up screens, riders are given the actual fare before they request their ride,” wrote Uber product managers Arundhati Singh and Dennis Zhao in a blog post on June 23.
While this may seem like a good move by Uber, which will increase transparency and provide the necessary information to customers, it does fall short on a few counts. The benefit of the surge multiplier was that customers got a fair idea of how much extra they have to pay compared to the normal fare. This would help them decide whether to take the cab or wait until the surge dropped.


Uber compares the new upfront pricing model to hotels and airlines, which follow “surge pricing”, but which let consumers know only the final rate and not the multiplier. However, it is not the ideal comparison.

However, under the new system, unless one plies on the route regularly, there is no reference point to compare how much extra one has to pay. An upfront price doesn’t tell the customer the difference between the regular fare and the surge fare. In fact, many customers might not even realize that surge pricing is in effect, which will make them more likely to book the cab. Though it is valuable to know the potential fare upfront, it is important to recognize that this change will make customers more likely to take the fare; despite not knowing exactly how much higher it is than usual.
Uber compares the new upfront pricing model to hotels and airlines, which follow “surge pricing”, but which let consumers know only the final rate and not the multiplier. However, it is not the ideal comparison. It should not benchmark itself with the lowest common denominator, especially when it is making tall claims of being transparent. Secondly, both those markets are deep enough to provide consumers with alternatives. You have multiple websites which provide consumers with alternative flights/hotels, different dates or times of day when it is cheaper, etc. The app-based cab aggregator has only two players in the market presently in India.
If it is indeed Uber’s intention to become more transparent and give customers as much information as possible, there are two things that it can do:

It is a simple fix for Uber to put in place in order to truly build a reputation for being open and transparent. Your turn Uber.
Anupam Manur is a Policy Analyst at the Takshashila Institution and tweets @anupammanur 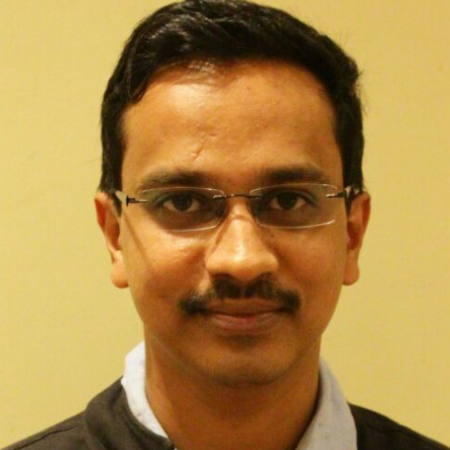 Anupam Manur is a writer of FactorDaily.