Reliance Jio: Mukesh Ambani shows his hand in the biggest bet of his life Rich men make big bets. Mukesh Ambani has just shown his hand in his $20 billion bet that is telecom service Reliance Jio with an announcement on Thursday of free calls and data prices that are one-tenth of current market rates.
Now, here’s my not-so-big bet: Jio will not make its magic number of 100 million customers in one year. The person who offers me the best odds before end of Saturday on a $200 bottle of a single malt is on.
In fact, more from my smoky mirror: Jio will struggle for at least a few years before it starts making a dent in the telecom market.
Here’s why.
Jio’s ambitions, like everything its parent Reliance Industries does, are off charts. That’s its moat. Make such a big plan that the world cannot afford to lose. From that perspective, a $20 billion investment and a 100 million-target-in-one-year is a good start. (For context, there are just about 100 million 3G connections in India.)
Mr Ambani, who chairs the Reliance group of companies, and his team realise that in today’s world, owning the pipes is not enough. Data is a commodity business and the pipes don’t give Jio any meaningful control over its future.
So, the company has moved to the next step of the value chain: content. It has TV, movies on demand, music, magazines, and news on its Jio Appstore. And, in the days to come, I am sure, it will add other digital content of its own and through acquisitions that give it both scale and respect. The Scoopwhoops, Inshorts, Wittyfeeds, Saavns, and dozens of other media plays will come on the Jio radar, I’m sure.


Mr Ambani and his team realise that in today’s world, owning the pipes is not enough.

There could be other big moves, too. Think, for instance, e-commerce. If regulators permit it, putting down a few billion dollars for an e-commerce acquisition is chicken feed for Reliance. The upside in powering commerce to your customers can be pretty.
Good so far in the connectivity-content-commerce triangle.
The difficulty starts with the fact that, with Jio, Reliance will be doing something it has never done before well: run a consumer business. The value proposition in consumer businesses is very different from industrial businesses and very few companies in the world have done a good job of straddling the two.
Why wouldn’t Reliance read that writing on the wall? And, if it needed a business that could absorb its insanely rich cash flows, why wouldn’t it hatch and prime Jio very, very far away from headquarters? Not just far, but with a completely new team ground up.
Instead, not only is the current executive leadership of Reliance Industries helming Jio, the talent it brought on board with years of telco and consumer experience is nowhere in the picture — at least when it comes to getting credit for architecting the business. I have had three people tell me things are pretty much run in the Jio project the way Reliance Industries, the oil-to-refining-to-petrochemicals complex is: by Mr Ambani and Manoj Modi.


The difficulty starts with the fact that, with Jio, Reliance will be doing something it has never done before well.

Those who have used the Jio pre-launch service like it but creating a connect in the minds of millions of consumers is very different from the price, quantity, arbitrage, and delivery levers of a commodity business. I am not saying Mr Ambani and Mr Modi and their teams will not be ever able to craft a digital empire. But, it is certainly not going to fall pat into their laps in a year or in “the shortest possible time” as Mr Ambani said on Thursday. (The possibility of buying Reliance Communications from younger brother Anil Ambani and adding its subscribers to the Jio fold remains, of course.)
Finally, don’t forget that all that Jio has done with Thursday’s announcement is setting a new normal in Indian telecom. Rival telcos will have their shares hammered. Their top executives will get sudden calls from their bankers for lunches. Account managers at equipment vendors will do all-nighters working the impact on telco cash flows.
What the telecom industry will do will be just what incumbents do: lower prices and fight hard before each customer churns to the Reliance company. Jio will have to fight to build its customer base one at a time.


Finally, all that Jio has done with Thursday’s launch is setting a new normal in Indian telecom.

Mr Ambani has sage advice from a quarter he’s taken aim at with the Jio launch. In an interview four years ago, I  asked Sunil Mittal, chairman of telecom services market leader Bharti Airtel, why he had not done well in non-telecom businesses despite having the cash. This is what he told me:
“…when you are big and trying to start a new business, it can be very tough. The question that comes back to you is whether you should try and up the peak of the existing business or should you try to create your next peak. I am convinced that in my lifetime, I will not be able to create a bigger peak than telecommunications.”
This interview, about three-and-a-half years before Bharti group exited its retail business and sold it to the Future group, can be seen here in Business Today. 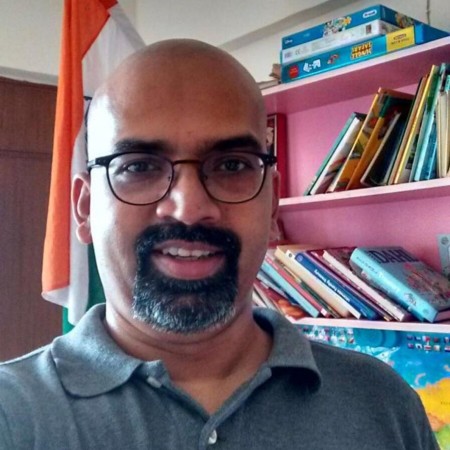